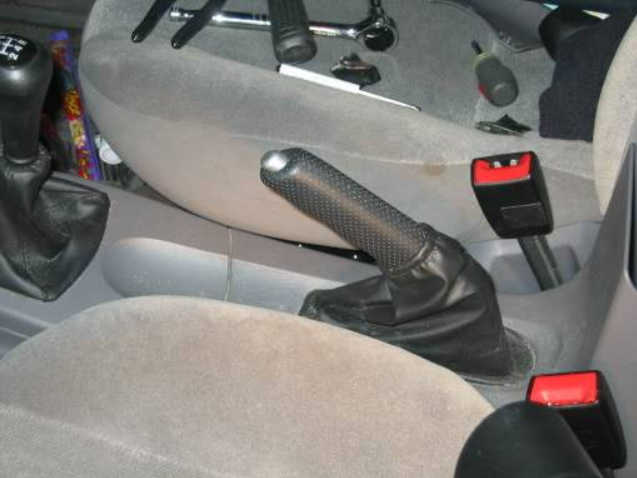 This article show a guide on how to install E-Brake for Ford SVT.

Tools: 10mm socket (extension is also highly suggested), screwdriver, and needlenose pliers
Time: 1 Beer
Price: Whatever you pick up a SVT ebrake for

Decided to throw down on the e-brake tonight. Not that this is a hard install, I just had had a look around for some suggestions on things to look out for to make this easier and found nothing… so decided I’d toss one up. And before anyone says anything… yes… the car needs a BIG cleanup. Many dirty feet and spilled drinks that havn’t been cleaned all winter. 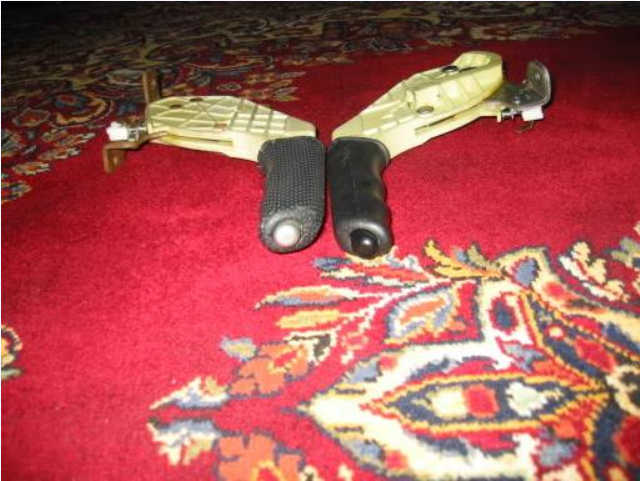 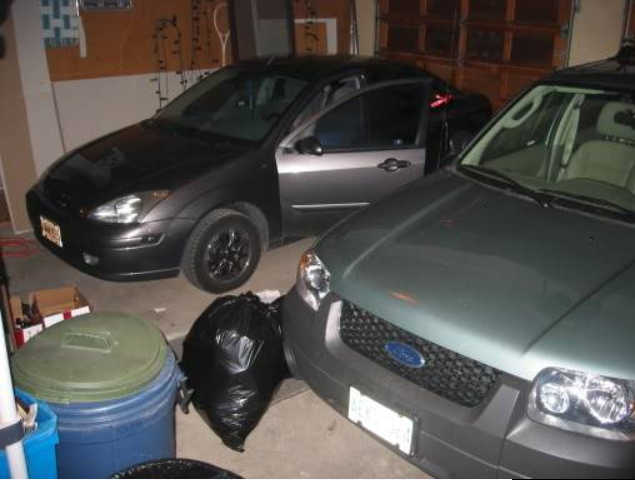 Firstly, before you do anything I would highly suggest you block off your wheels to make sure you won’t start rolling. For the garage, I found 2 bricks under the rear wheels to be more than sufficient. Even rocking the car I couldn’t move it, so obviously good enough to sit in. Keep in mind you’re obviously going to be disengaging the e-brake, and you can’t rely on leaving it in gear as you’re messing around with the console 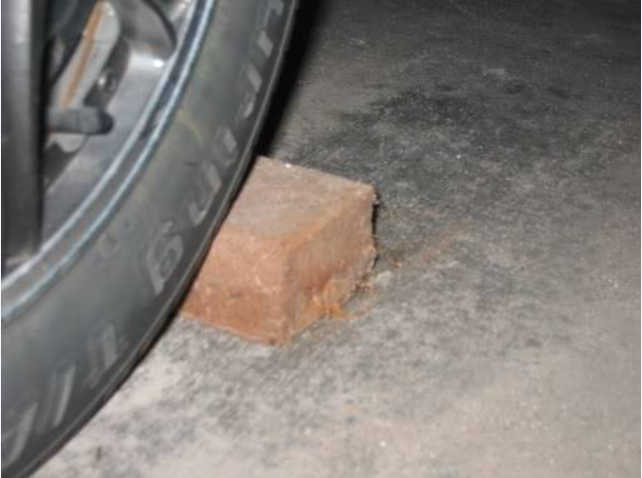 To start with, you’re going to need to remove the console. If you have an armrest, you’ll have to play around with it on the removal. I removed mine months ago, and I believe it was two bolts on the back or something, behind a removable panel.

Once removed, there are three screws. One under each cupholder 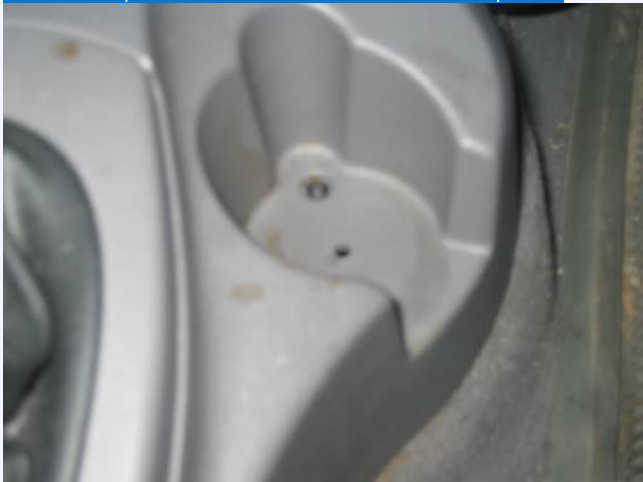 and one in the back, under a little plastic plug. This plug drove me nuts, and seeing as I’m never back there, I put a nail threw it and pried it up… then tossed it 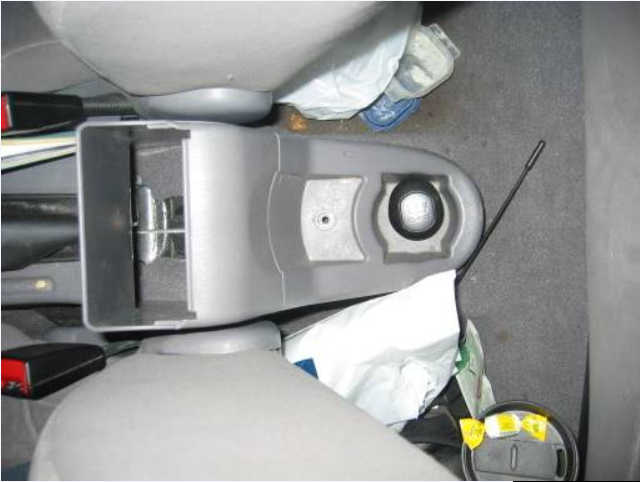 Once all the screws are out, screw off the shift knob 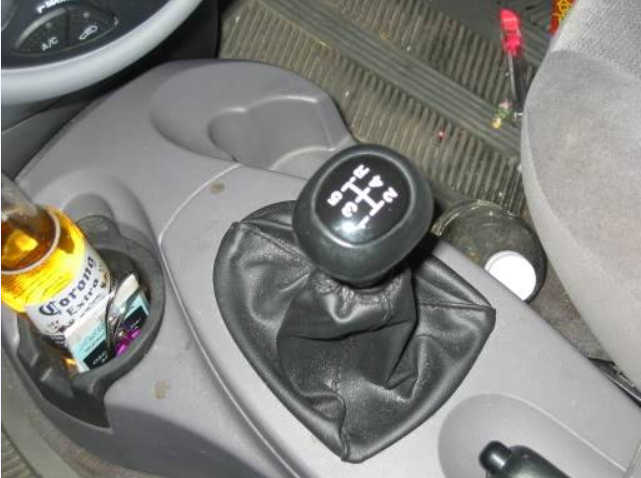 Once off, pull your e-brake as high as it can possibly go… absolutely give’er 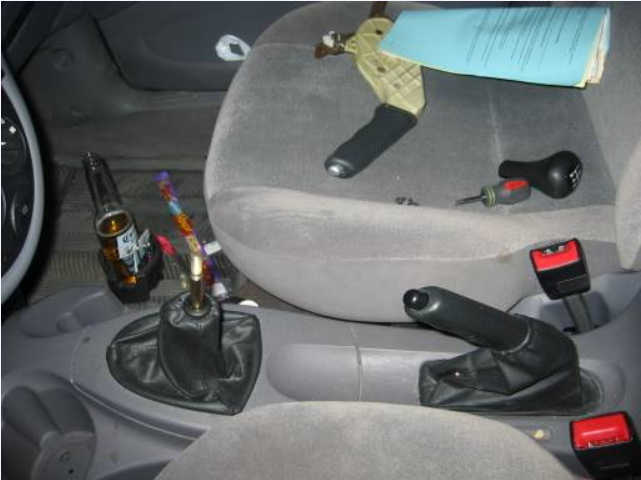 then start pulling up the console from the rear, pulling the shift boot over the shifter. 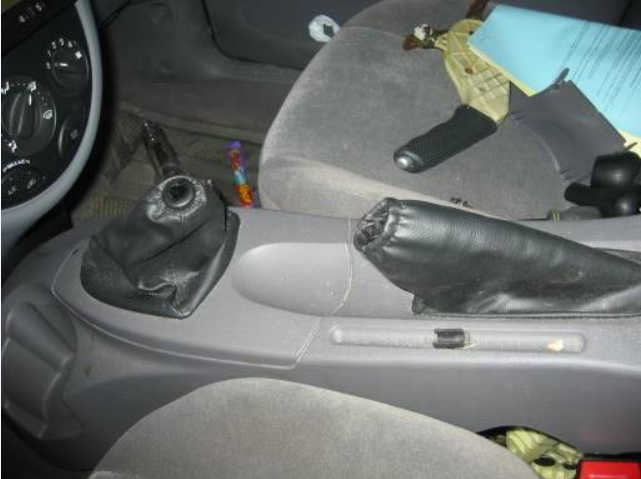 You’ll run into some issues with the ebrake here, it catches on (and knicks) the console 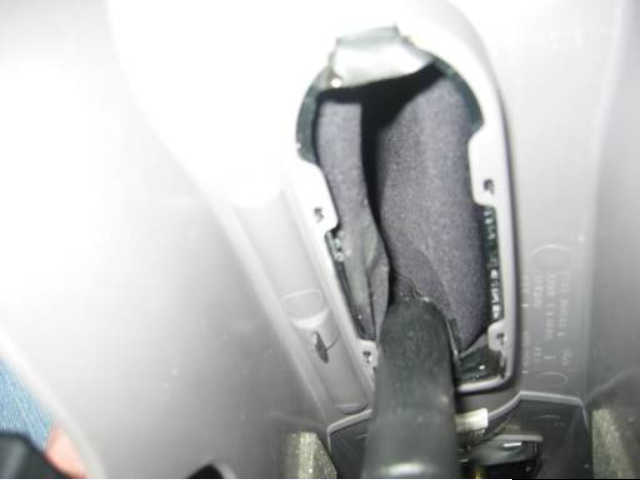 From here, some wiggeling and the console will come off

You’ll see the two bolts holding the e-brake down. You can see both bolts here. Suggested you drop the e-brake, and throw on the extension on your socket wrench. 10mm will do it. 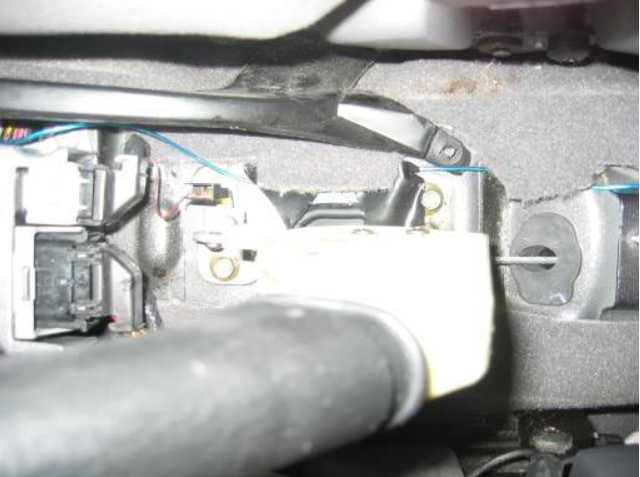 You’ll also note the e-brake sensor (passenger side) just simply pull that off.

Once all off, you’ll notice the PITA attachments holding the cable in. The top piece I managed to get off with the pliers. Once you get a good grip, bend it and it’ll release. 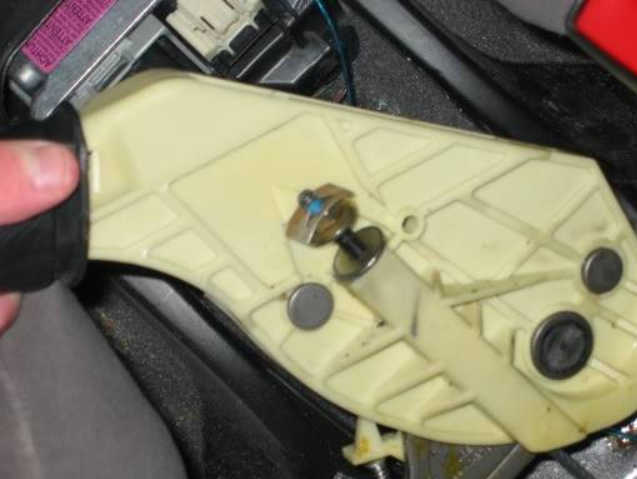 Now, the 10mm socket will get this too. It takes a very surprising amount of turns to get it off. 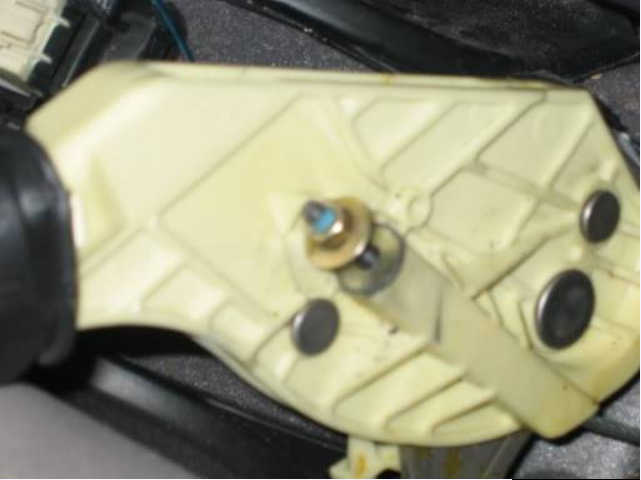 Once off, pull the cable out, there’ll be resistance but I can only imagine how hard you have to pull on this thing to break it 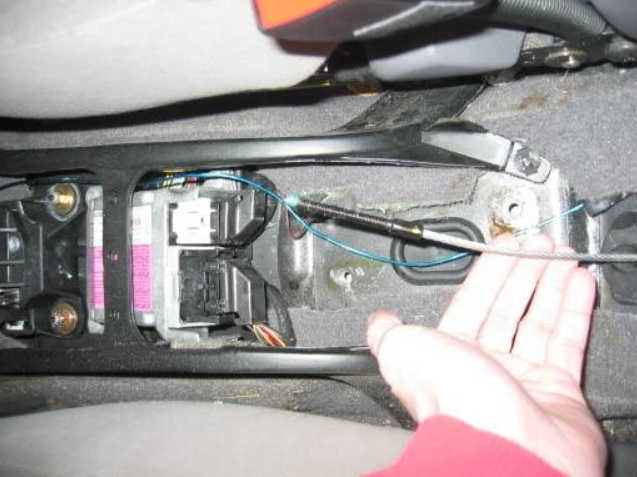 Now, here’s where I went wrong. I started by reinstalling the cable first, so I ended up having a lot of trouble with it and having the cable tightened a lot less than it was stock. From this, I also had a really hard time getting it to line up as I was bolting it down and fighting the resistance on the cable. 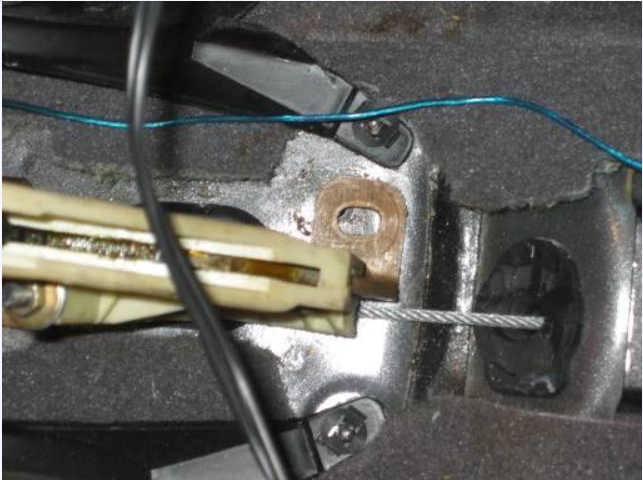 Once that’s all done, don’t forget to hook the sensor back up.

With it installed, I didn’t wanna knick up this e-brake as the stock one was. So i wrapped it in a garbage bag 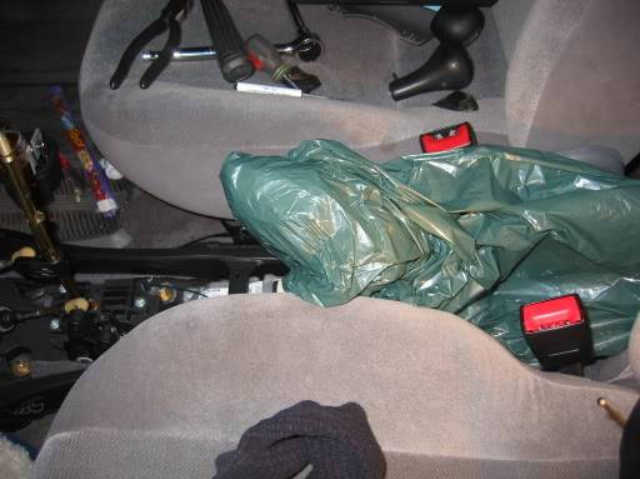 and covered that with a sock

Once again, absolutely give’er on the ebrake and work the console over the shifter. Some flexing and the e-brake will eventually work it’s way back in… then reach in and grab the sock and garbage bag to pull out 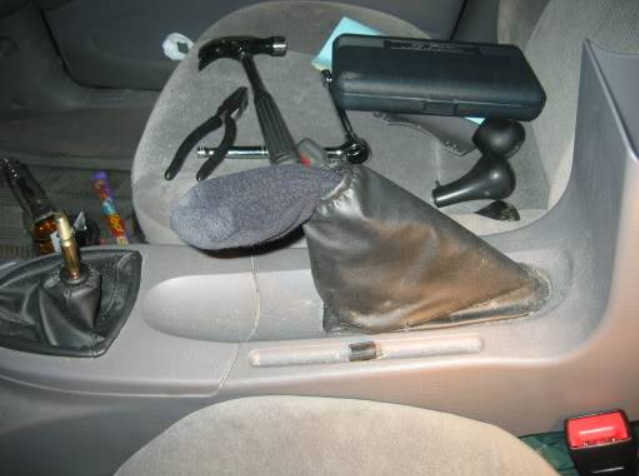 Then finish it right off

Screw the console back in, it takes come convincing to get back into the good location, and screw the shifter back on. Should be good to go, just don’t forget to toss the blocks on your wheels before you go anywhere.