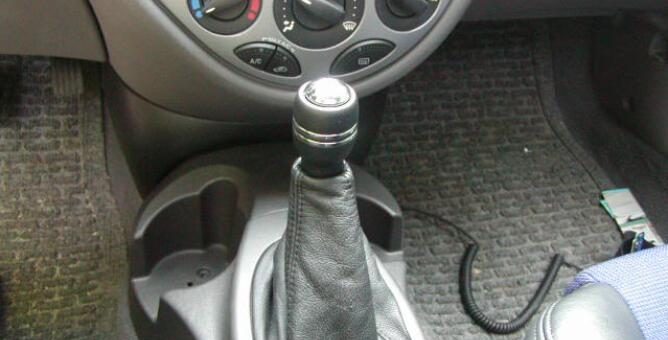 1.Remove your stock console. This mod should work for a console out of an atx or mtx car, they appear identical.Removing the console involves a screw under each front cupholder, and one under a rear cupholder for most models. Pull the e-brake all the way up, and put the car into 2, as it helps to wiggle the console out. If you have an armrest, that needs removing too, it attaches with 2 bolts hidden under a plastic panel at the rear, you can pop it off from the backseat.

2.Once the console is out, you should see something like this: 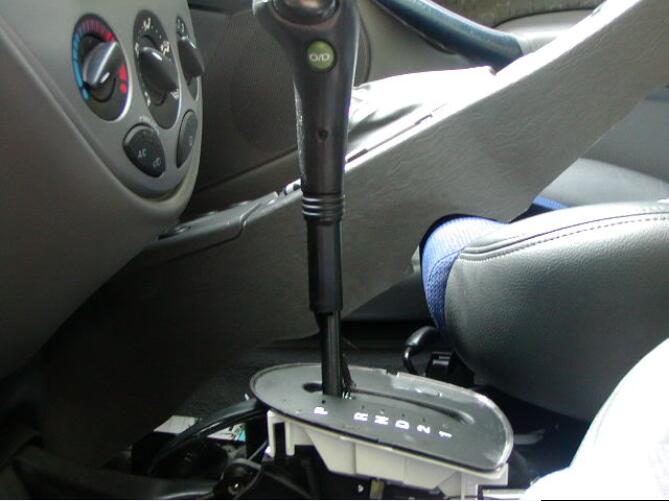 3.Remove the stock shift knob by removing one Torx/hex screw, under your O/D button. I can’t remember the size, but it’s Metric… maybe 13mm? 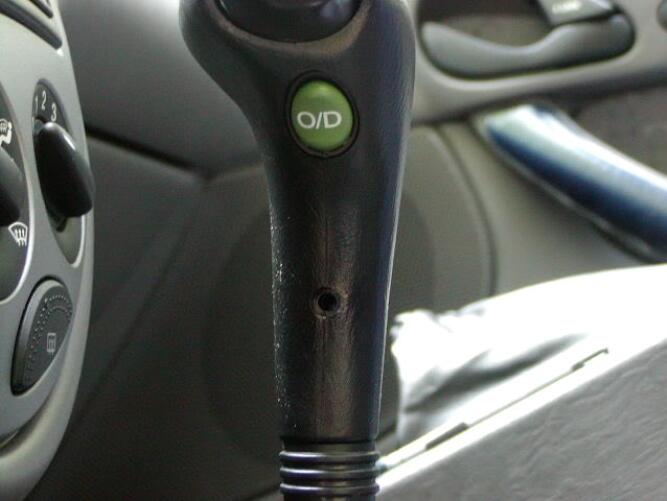 (NOTE- Knob can also be removed before the console, it makes no difference)

4.Once the knob’s screw is out, simply pull up on the piece to get it off the shift rod, the O/D wires will pull out with it, they’re attached with a tiny plug: 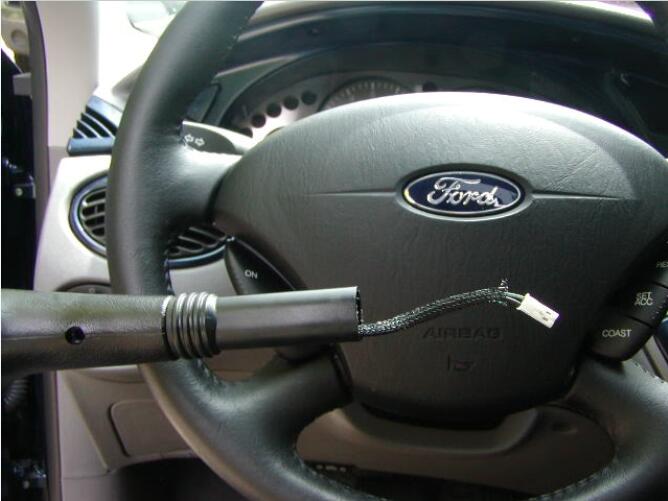 Now you have this, the shift stalk with a smaller rod coming out of it. When you push the center rod down, it lets you move the gear selector so any aftermarket knob must have a part to push down once installed: 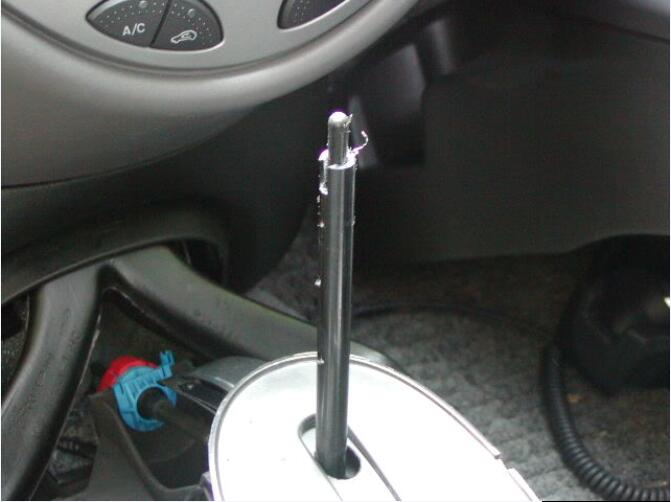 5.For me, the console wouldn’t go back on with a shift boot in place while leaving the gear selector “plate” in place, so I removed it. It is attached with a couple clips that release if you tug up on the plate. There are also 2 wires going to the plate, that backlight the gears when your lights are on (you can’t see these with the boot on). It’s possible you could do some Dremeling to this plate to let the shift boot ring set in far enough to screw the console back into place, but I didn’t try: 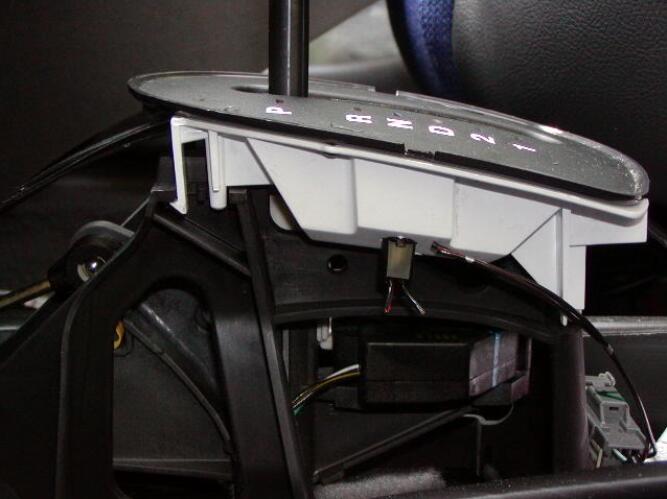 Here you see the driver side clip, in front of the plate, and the red & black wires I snipped.
With the plate removed, your car’s center now looks like this: 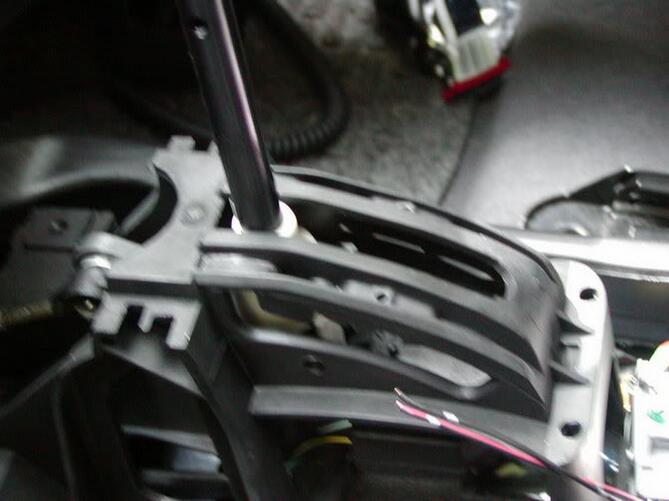 6.If your knob doens’t have an OD button integrated (most don’t) you can relocate it, or don’t since your car is automatically in OD… without a new button you just wouldn’t be able to go down to Drive. I haven’t yet relocated my OD switch, but this picture is trying to show you where the wires are. At the right side of the shot is the shifter stalk, if you lean your head over the shift area and look down you see a small white plastic rectangle with (I think) 2 wires running to it. The rectangle looks exactly like the plug-end attached to your stock knob: 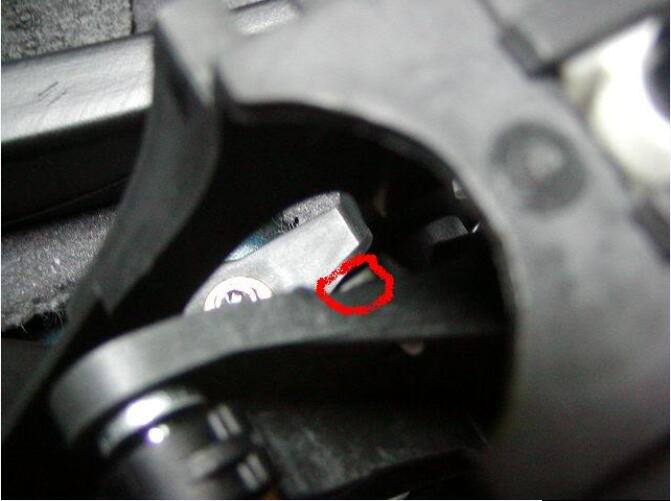 7.Now you want to pop a shift boot into the console before reinstalling it. This one shown was bought off an SVT, so the leather boot was already stapled to the plastic “ring” structure that lets it snap into the console. A regular MTX Focus will have a vinyl boot with its ring. Notice the 2 plastic tabs on the left side of the ring, and the one tab in the center of the right end, those are securing it to the bottom of the console: 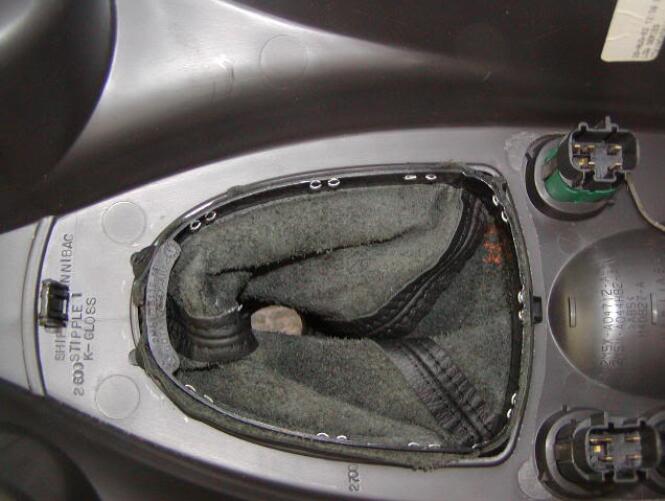 NOTE- this can be done without the plastic ring if you buy a universal boot (NAPA, AutoZone…) and tuck it around the stock gear selector plate (so don’t remove that piece if you do it this way!)

8.Now reinstall your console, you don’t have to screw it in, but make sure it settles back into place so that you could tighten it down. Here’s the look so far: 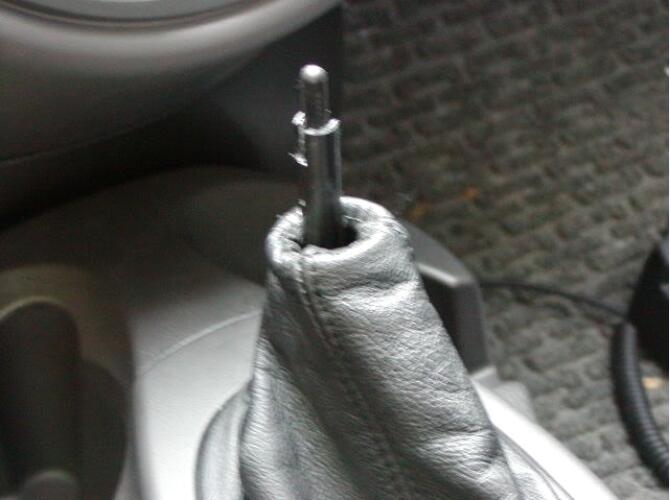 9.Now you will install whatever knob you purchased for the task. My knob was made by MOMO, it’s their only Automatic model. I bought it here Oh, right now it’s on Sale if you like it! It claimed that it can’t be installed on ATXs with “side button” function, but clearly that’s untrue. Make sure your knob is made for an auto, as the MTX ones won’t fit correctly. Mine came with several rubber “cylinders” with different diameters to be placed in the knob so it fit somewhat snugly on the shift stalk, and then the knob, 3 screws and a silver twist-on bottom portion: 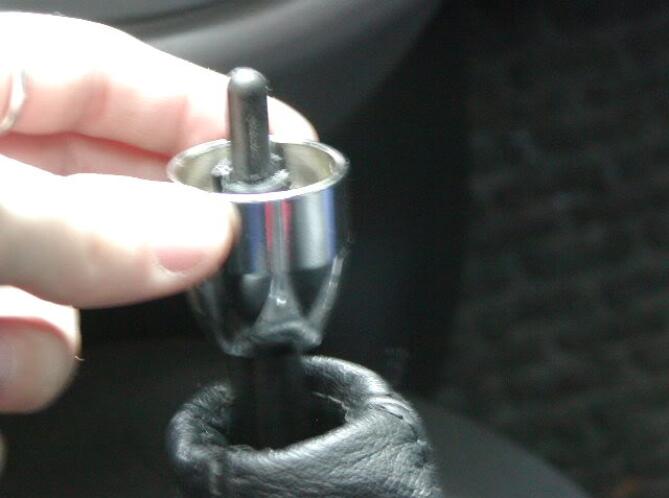 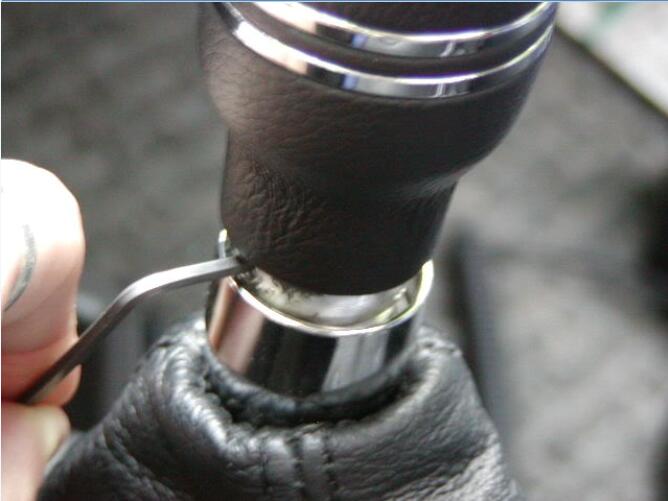 And the end result! (Your results may vary on account of knob choice) 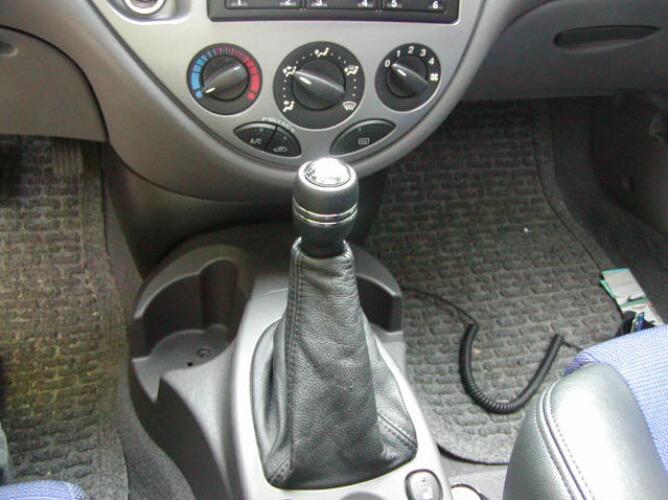 This mod was done to a 2003 Focus, it should work for all years (counting 2005) as all the parts appear to have been conserved.