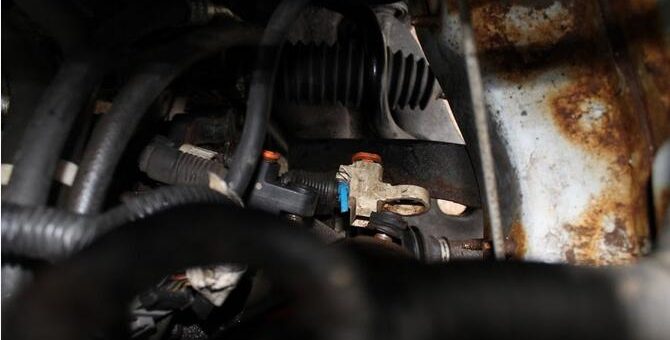 I had “fixed” the broken one with zip ties but the shifter felt horrible. So last weekend I replaced my shift cables. I saw some how-to threads but none for my specific setup with pictures. Here is mine. If you have a 2002.5-2007 check out: 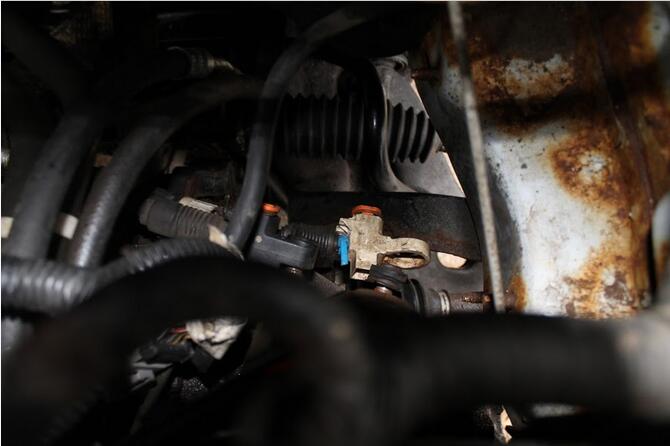 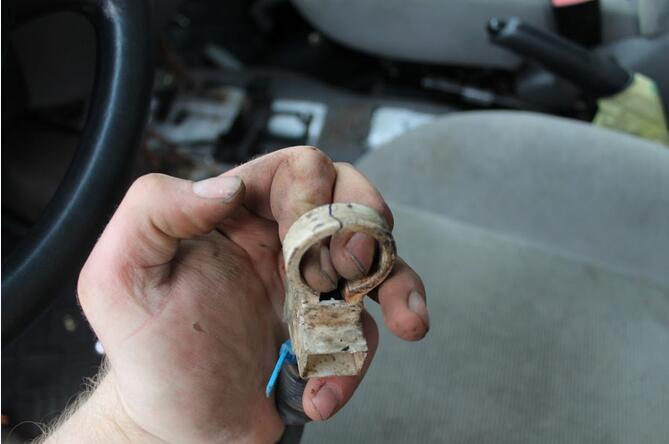 First off you need to gather all your tools and decide how you plan to go about the change. You could possibly do this without going underneath your car or jacking it up, but what I did involved jacking it up. If you are going the underneath route you need more tools.

Jack up your car, place a jackstand underneath and take off you wheel and inner fender. The inner fender has a torx screw underneath the rocker panel area right by the driver’s door that is hard to see as well as some phillips screws.

Take the center console out. Mine was already out so I don’t have pictures of this. To do this you need to unscrew the two screws in the cupholders and take off the armrest, which has a couple screws. It will then look like this 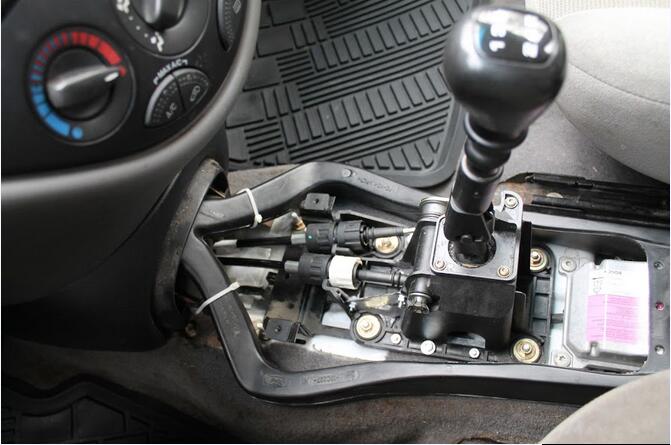 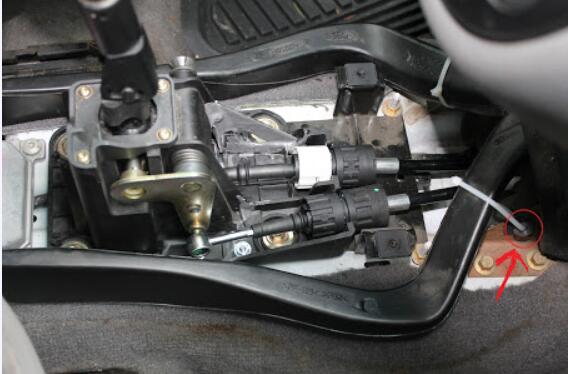 Then take out the air box by unhooking the tabs and unscrewing the screws. There is one screw on the passenger side and one on the driver side. 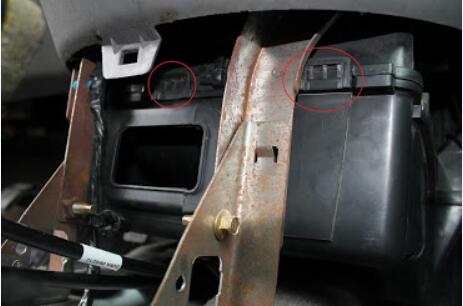 Passenger side. This one is not the easiest to see but it is there. 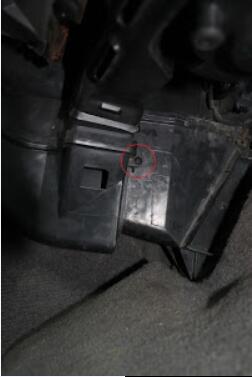 Driver’s side. That other plastic fastener does need to come off but it could if you want. 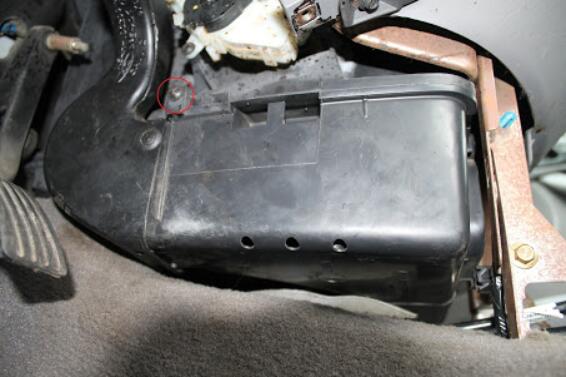 To make things easier take away the air tube to the back seat. I had to bend mine to get it to come free from the seats so be careful if it is really cold out when you do this as it might break. 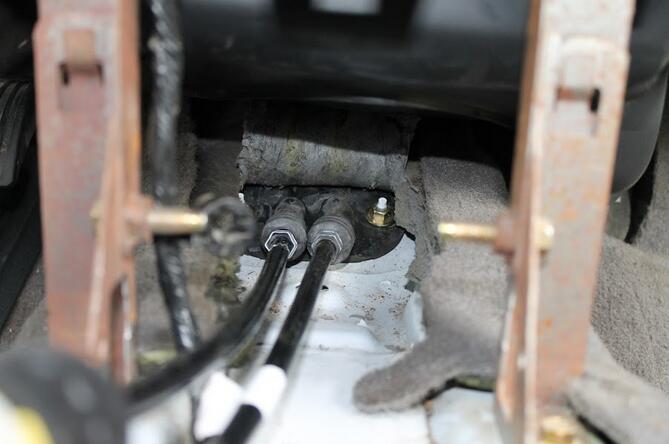 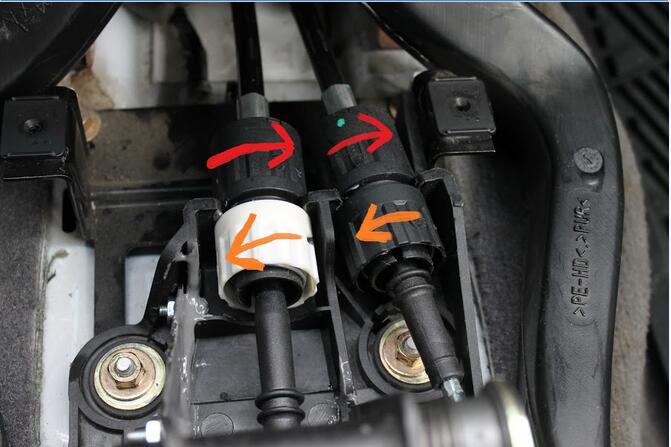 Unbolt the two bolts holding down the rubber seal. Now it’s time to get under the hood.

Remove your airbox and your fuse box. Mine just pop off when you pull on them. Supposedly not all of them are like this.

Then you need to pop off your old shift cables.

If you look in the picture you can see that the rubber bushing is still stuck on This isn’t all that easy to get off. I cut off all the rubber with wire cutters. Then I used two screwdrivers to pry off the metal part which was still stuck on. I had to pry on both sides simultaneously or it wouldn’t come off. It took me a while to figure this out. Then pry off the other cable end. I used a pry bar and it came right off.

Now comes the fun part. You can try to untwist the knobs holding on the cables with your hands, but unless they are super strong and super small at the same time it won’t work. Attach the vise grips to the knobs and untwist them with the vice grips. You will need to twist them and unlock the jaws and twist again several times if you shift cables are like mine. Do the top cable with the black end on it first. The picture shows on the white cable what I did. 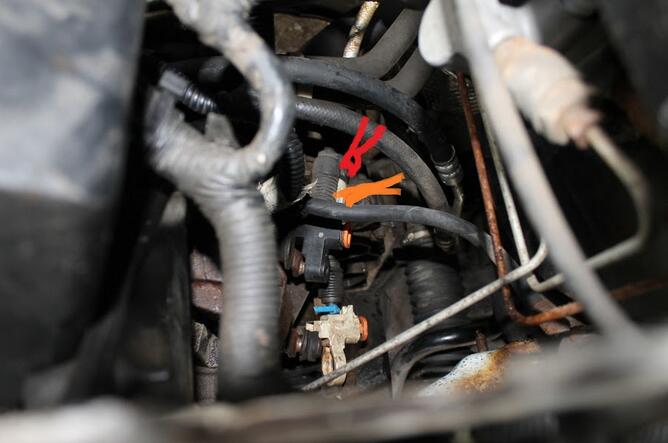 Your shift cables are now free!
You can now go in the car and start pulling them out. However, if they are like mine, they will get stuck on the exhaust shield, since there is a protective metal shield over them with lots of ridges on it. To get rid of this problem, go underneath and move the exhaust heat shield out of the way. You may need to drop the exhaust to do this. I did not have to because my exhaust support is broken. Your cables should now pull free.

Installation is mostly the reverse of removal, but you need to careful of some things. When you put the knobs into their support there is a little plastic ring in between. It helps keep the knobs from closing down on you while you are putting them in. It comes off after they are installed, so don’t worry about that. You also need to make sure that the orange button protrudes from the shift cable end. In this picture the button in the white end is correct and the one in the black end isn’t. If just the white one is protruding you may not have reverse, at least I didn’t. 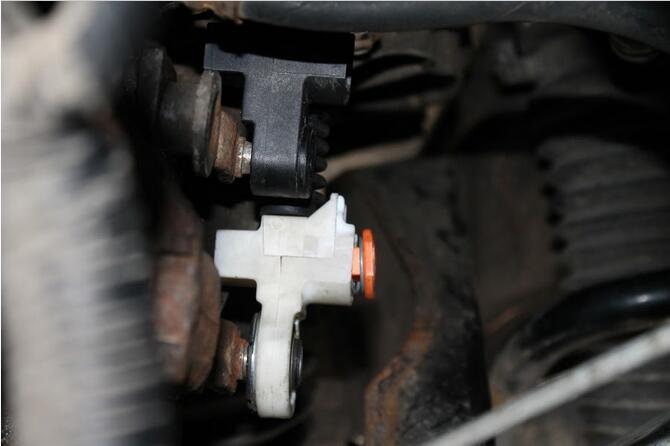 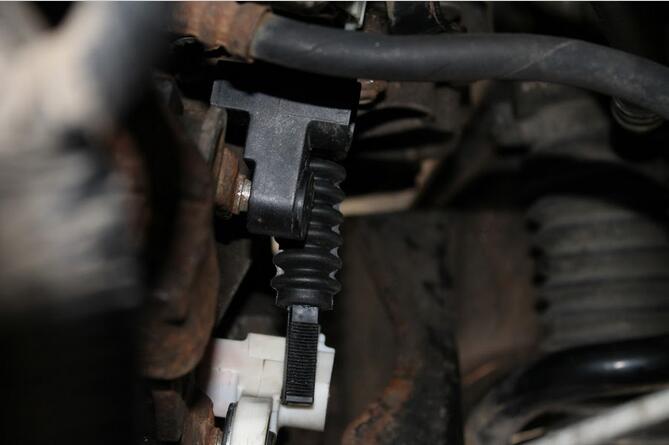 1.If make sure the cables are locked in the bracket. the knurls open by twisting them.

2.looking at the shift linkage, you will see two levers with cables on them. the one to the left is a small lever that controls the left and right. the larger one with the huge counterweight on it controls the up and down.

3.put the shifter in 4th gear and go to the left-right lever. Push the orange button on the cable in and move the lever so that it is pointing straight down and there is no slack in the cable. release the button.

4.have an assistant hold the shifter all the way left. Now go to the cables again and push the orange button on the up-down cable. the counterweight causes this to be a little off center so manually push this linkage to be pointing straight down. when it is set, release the orange button.

—-
I have heard many people have trouble adjusting the cables, using this method I have gotten it dead on the first time.