This post show a guide on how to install Poly bushings into your front LCA.I needed new ball joints for my LCA’s so I decided why not get new arms and upgrade the bushings? With much trial and error I came up with a simple way of doing the arms quick and with little frustration. So here it is.

Procedures:
First step would be to remove your LCA’s from the focus, if you’re using new arms just take them out of the box ;D Label the LCA’s which side is to the drivers and which is to the passenger side also on the rear arm to the arm be sure to note which side is bolted to the sub frame because your bushing HAS to go in the same way as it comes out. 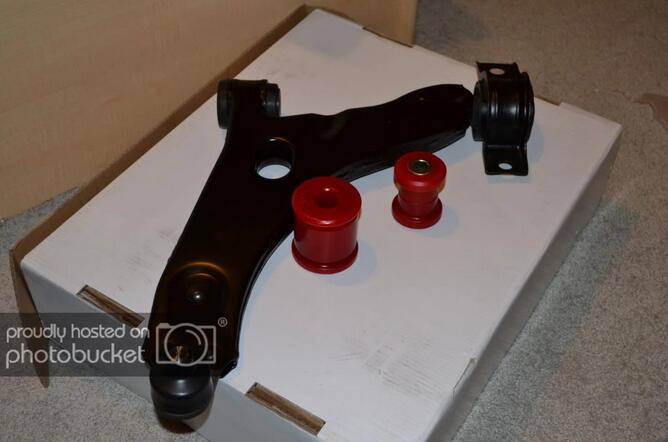 Get out your drill and punch some holes into that bushing, this makes it easier to tear out when it gets closer to that time. 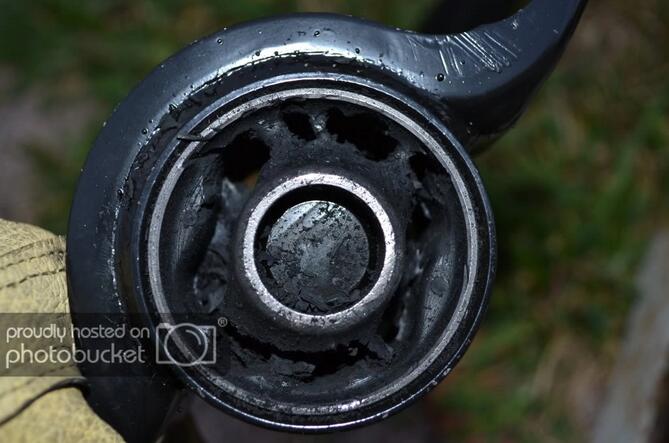 This is where it gets a bit dangerous, you have to burn the old bushing until you can separate the bracket from the arm, I used a propane torch which is how enough to burn the rubber you just need to concentrate it on a single spot for a little, I got it hot enough until I heard it popping then I stepped back and let it cool down, once its cooled down enough to where it not popping use a screwdriver to scrape off the burnt rubber. Repeat this until you are able to separate the bracket with the bushing from the arm. 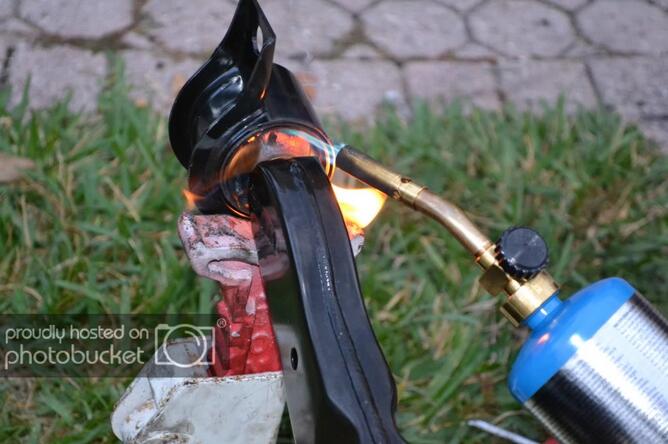 This by far proved to be the hardest part of the installation for me. You need to remove the metal sleeve *look at picture below the one on the left has the sleeve the one on the right does not* that’s inside the bracket. There is a way to cut it out and then break it, but I couldn’t do it so after an hour or two of fighting the sleeve I decided to take it to a press and have them push it out, the first guy I went too had a 2 ton press in his speed shop, that was nowhere near enough force to get it out, so I found myself at an industrial machine shop there they had a massive press and it slid out like butter! 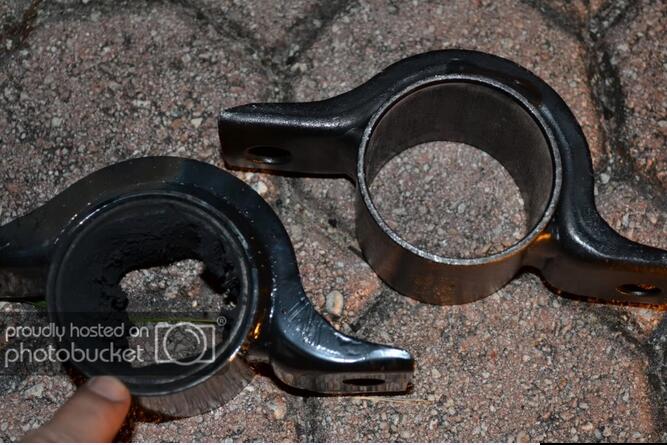 You’re going to need a grinder to take of the other metal sleeve on the arm which was the inner sleeve of the bushing. Be careful here you do not want to cut too deep, once the metal starts to turn a bluish color you have almost broken through. If you do this right you can cut it enough to where a crack down the sleeve will form and you can just yank it out with ease. 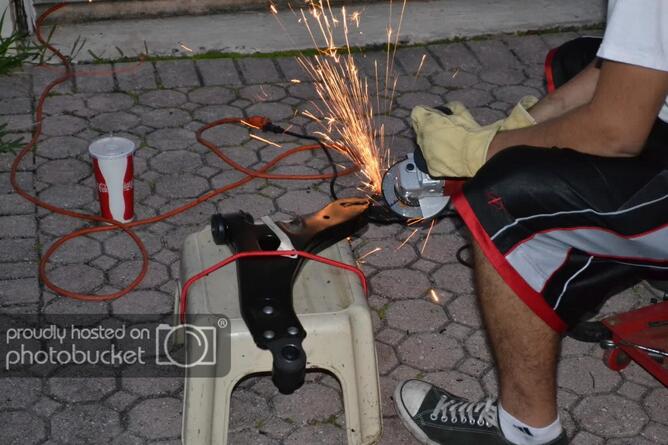 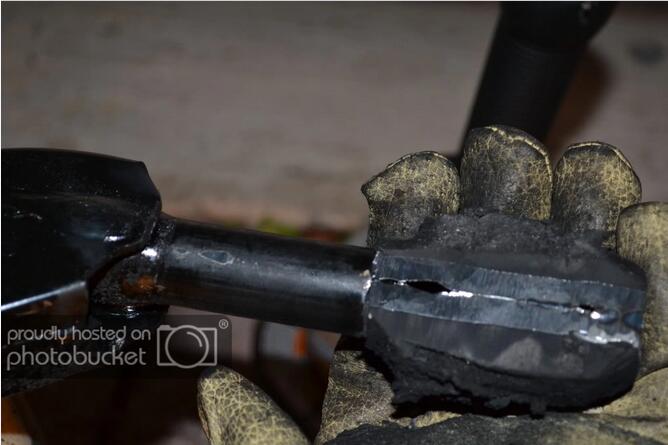 Now it’s time to burn out the other bushing, this one is real easy. To get this one out you burn the side of the bushing that’s towards the front, once most of the bushing is gone grab your hammer and punch it out! 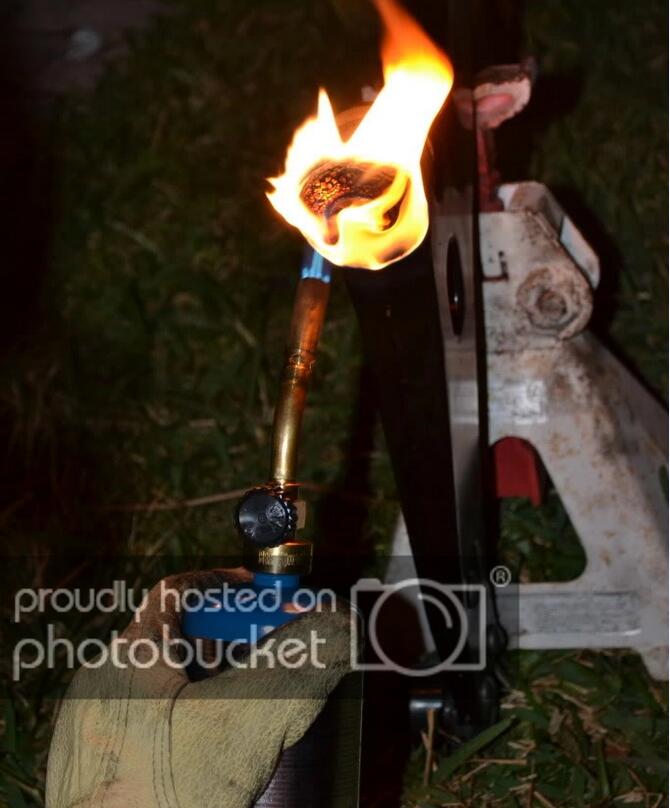 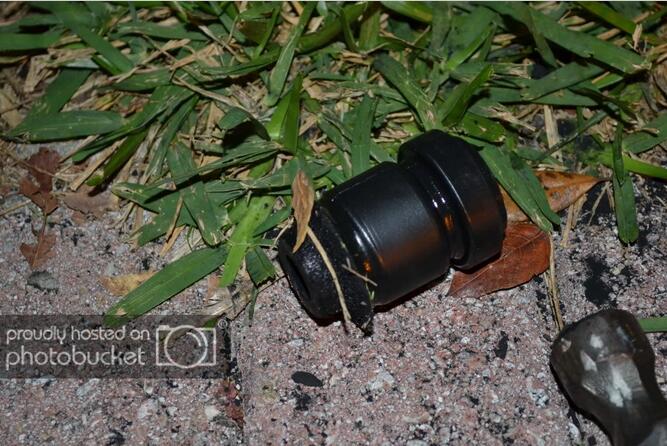 You’re going to need a press for this or you can use your car as one! If you’re using your focus jack up the rear and support it on jack stands. Next would to position your jack under the rear sub frame. Next apply the grease you received with your bushing set to the side of the bushing that has the smaller lip. Be very generous with this stuff because it keeps the new bushing from slipping around and not going in. Once you have applied the stick grease you are going to want put the bushing on your jack and the bracket right above it pressing to the rear sub frame *be sure the bushing is going in the right way of the bracket if facing the wrong way it will not mount correctly* Then raise it up until the lip has passes into the bracket. Grease up the whole bushing and then press it in completely. Once the bushing is in take the bracket with the new bushing in place, grease up the middle and press it onto your arm, you have just installed one of the bushings to your LCA 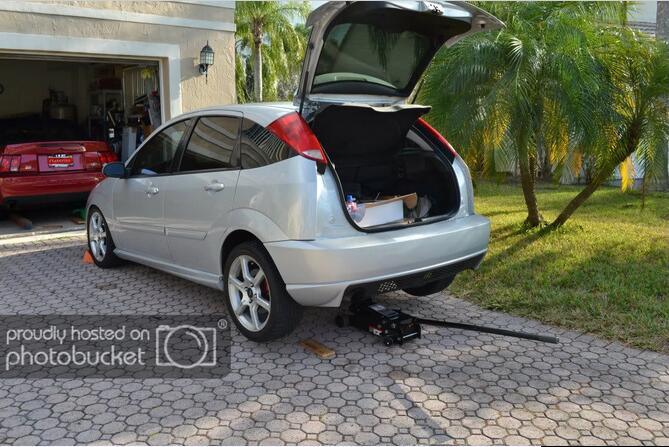 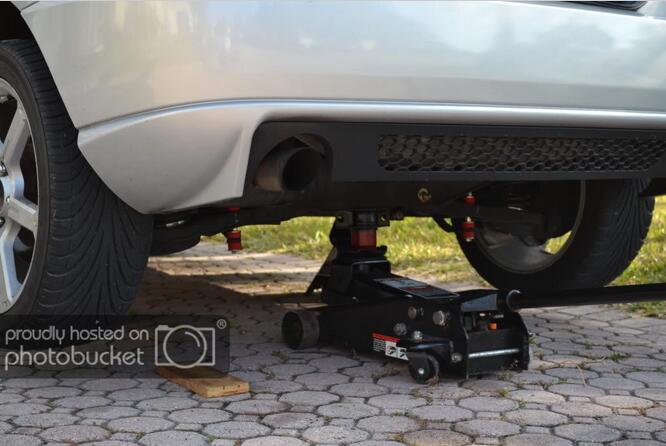 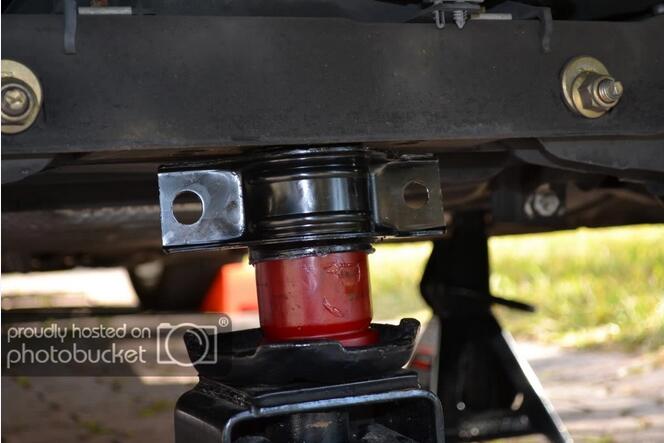 This is the final and last step. To get these bushings in easily grease up the sleeve that goes in the middle and the part of the LCA your pushing the bushings into, then put a bushing on each side at the same time and be sure to have the metal sleeve that’s going in the middle barely in each side, once you have done that just push on both sides until the bushings are in and presto you have yourself a LCA with Polyurethane bushings. All that is left is to put the arms on the car and enjoy all your hard work! 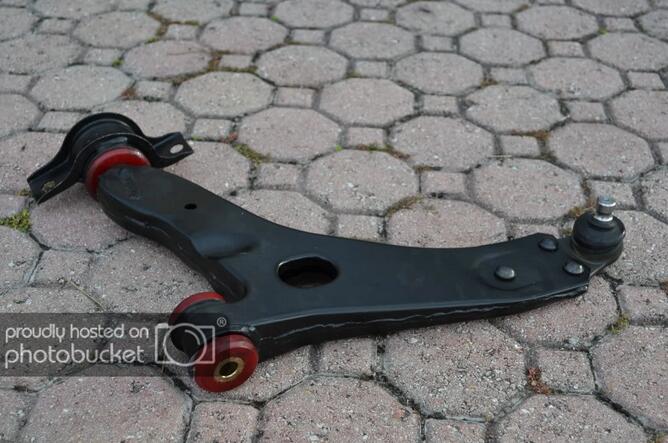